See you in court! 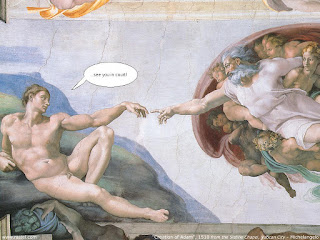 Ernie Chambers, a Senator in the US State of Nebraska filed notice last week that he intends to appeal a judge’s dismissal of his lawsuit against God. Chambers’ lawsuit asks for a permanent injunction against God, alleging that the defendant has caused “fearsome floods, egregious earthquakes, horrendous hurricanes, terrifying tornadoes, pestilential plagues, ferocious famines, devastating droughts, genocidal wars, birth defects and the like.” An atheist, Chambers has said he filed the lawsuit last year to uphold citizens’ rights to sue “anyone else, even God,” after his colleagues in the Legislature sought to limit so-called frivolous lawsuits.
A judge had dismissed the lawsuit saying there was no evidence that the defendant had been served. In his notice of appeal, Chambers says the same court he is appealing to acknowledges God. Chambers cites the invocation read each time Nebraska Supreme Court judges enter court: “God save the United States and this honorable court.” The state Supreme Court could uphold Polk’s decision without commenting, schedule oral arguments in the case or allow the matter to be reviewed by the Nebraska Court of Appeals.
(via Freep)
Posted by Andreas Laupichler at 3:58 AM